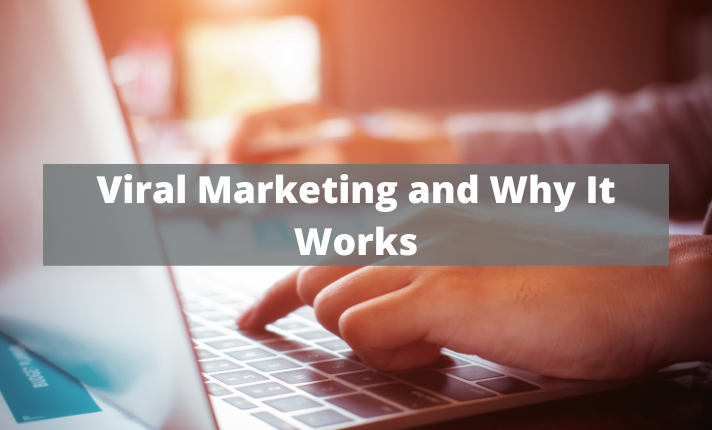 In the modern pop-culture, the word ‘viral’ is considered a ticket to entering the big leagues of internet and social media scenario.

Everyone from high school kids to multinational companies and non-profit organizations wants to go viral. Everyone understands that a piece has gone viral when your content shared on Facebook, Twitter, Instagram, Snapchat, Reddit, Tumblr or any of the social media platforms gets picked up by other users (apart from friends and followers) bringing in shares, responses and comments.

Take the example of ‘the dress’ that blew up social media recently. A picture posted by a user who was genuinely confused about the actual color of the dress. It went viral, but can it be considered viral marketing… not really.

The term viral marketing can only be applied when the idea or post going viral has a sales and persuasive effect to it. Now, in the case of ‘the dress’, what can be considered viral marketing is the media response companies like clothing lines received when they used the hashtag ‘#thedress’ in their Facebook ads or tweets.

When does it happen and how it happens are the questions no one knows the definite answers to.

In this blogpost, we will try to understand the strategies for a viral campaign and then look at some of the reasons it works, although some experts argue that it is waste of time and money.

How to create viral campaign

The first step to enter in the world of viral marketing is to forget the word ‘viral’ altogether. Your content is what that matters and this content can be in the form of a picture, text post, video, Facebook ad etc.

All viral campaigns have one thing in common and it is their simple yet unique content. When you want to create a viral campaign, you focus too much on the ideas and their refinedness, overlooking the simplest things that have ability to connect and invoke emotions in other users.

Creating something that appeals to the heart by either bringing joy, anger, happiness, nostalgia, fun or any strong emotions is the key to becoming viral. Commercials, songs and videos that get watched millions of times are the perfect example of viral marketing as they have ability to engage the viewer by making an impact right there in the moment.

Most of the English speaking population could not make out the lyrics to PSY’s ‘Gangnam Style’, yet within weeks people knew and had listened to the song. Why? Because of its catchy tune and bizarre dance that was completely new and fun.

One of the old tricks to go viral is by producing something borderline controversial. This strategy works because it gets the people from both sides of argument to talk and comment.

To make sure that you are on the right track, test your content by thinking from the perspective of viewer. Will they like to share it with their friends? Will you yourself be willing to WhatsApp or Facebook inbox to your friends or you will just ignore it. Based on your answers you will know about the next steps.

Creating a unique, first-time content can be overwhelming and often when you do come up with an idea it gets shot down by the boss or your colleague tells you that they have seen it before.

What could be done in that case?

It is understood that people respond well to rewards and the idea of a free product even if it is no use to them. Imagine the response you would get from your target audience when there are motivators involved. I am not just talking about voucher codes and coupons that one in a hundred or one in ten get. Instead, it could be done by rewarding everyone while your big idea and brand strategy stays in place.

Let me give you an example. The message Coca Cola spreads through its advertising is that of love, happiness and sharing. The company came up with an unusual idea to further this brand theme by introducing hug machines. This was specifically targeted for the Indian and Pakistani audience as the rivalry between two countries is never ending.

One person on one side of the border would hug the machine while the other on the other side… when the hugs synced, the huggers will be rewarded with a free coke automatically.

Short-lived though it might be, viral marketing is surely responsible to create and uptick in the sales of a company when it is getting mentions from media and hundreds or millions of users across social media platforms. With right tactics, you can further build the campaign and use the heat to further spread the campaign.

The attention also helps in building a rather untypical following that you would normally not target while designing a normal campaign.

When a huge chunk of population talks about you, the first impression on a new user is that you are important. This builds credibility and trust of consumers on your products and services. The momentum can also be capitalized by connecting with influencers and getting them to endorse your product, so your product gets more recognition in the industry.

Viral campaigns are a way for businesses to launch themselves globally. Most of the content made and distributed in US by large organizations get seen across the world, but small businesses do not have that luxury. For them, a viral campaign can help get a global recognition allowing more potential clients and opportunity for the business to extend internationally.

Viral campaigns play a crucial role in deciding your standing in the industry. The impact can be huge and you have the ability to get ahead of your competitors, who have been in the industry for years.

Viral campaigns are also favored in social media marketing as they create a path for introducing more vital ideas in the shadow of viral attention. It is important to try new things in marketing so maybe it is time you think about building a viral campaign.