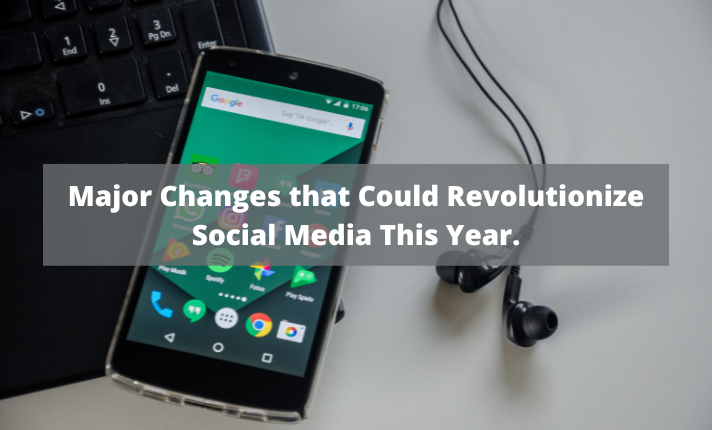 Social media is an ever-evolving phenomenon, which sometime proves very hard to keep up. In the internet and advertising business, it works in your favor if you are updated and ahead of everyone else on the curve.

With new trends come new customer expectations, needs and wants. It is of an absolute importance to keep up with those. A disappointed audience is the fastest way to get wiped out by the competition and completely forgotten by customers.

There are multiple things to consider in social media and especially right now, in 2016, when hundreds of new Facebook and multiple social media softwares are debuting in the market. Apart from Facebook softwares, new social media apps have completely taken over and more than half the population of internet users (teenagers and youth in early twenties) never get tired of using them all.

These apps have the most diverse audience and hence it is becoming difficult for businesses to create campaigns that resonate with majority of their target audience. It is of high priority for businesses to keep their social media strategies flexible and ready to change any time so they can meet the demands of social media users’ base.

This year has already seen some major revolutionary changes and is expected to have some game-changing shifts that will in true meaning, change the face and meaning of social media.

We have entered a highly advanced and modern world of super-functional robots and virtual reality, where anything is possible anywhere and at any time.

If you want to keep yourself relevant from the perspective of clients, stakeholders and customers, we have got you covered. This blog will list major changes in social media for this year so far and the changes that are expected to happen soon.

In order to survive, you will need to get a hold of them and adapt to them to keep your authority in the business. Another reason is that you do not have a choice otherwise!

Targeted advertising is becoming one the biggest concern for marketers and advertisers. To enhance brand effectiveness, it has become inevitable for companies to build Facebook campaigns and social media ads that target a large number of audience.

With the new information and social media culture, people are more informed, have diverse interests and need content that resonates with them.

To provide such content, brands will now have to focus on creating multiple campaigns that have same theme and same message but in a different style as per the needs of that niche audience.

A huge part of internet and social media is composed of users who are visually impaired. That makes it hard for them to see more than half the content uploaded on internet i.e. pictures.

To provide a solution, Twitter recently introduced accessibility feature for Twitter, where the users have option to add a caption like image description up to 420 characters. This will help visually impaired individuals to get an idea about the picture in front of them on the screen through screen reader.

The update was added for Android and iOS on 29th of the March. The feature can be used in mobile Twitter but for Twitter.com, it is currently not available.

Last year, Facebook introduced a buy section for the business pages that have products or services to offer. Instead of visiting websites to buy something, users can open, buy and pay in a Facebook tab without any other requirements.

Last year Facebook introduced a feature that allowed pages to broadcast live videos. This was one of the way to give people real time experience of their favorite brands on the moment.

This makes it easy for people to express their emotions without having to actually write down a response. It also gives producers and the hosts of live video an opportunity to get feedback in the instant. The reactions appear for the moment and then disappear quickly. As Facebook explained it, “it’s like hearing the crowd applaud and cheer”.

The Facebook’s statistics have shown that the engagement rate in the form of comments is 10 times more on Facebook live videos compared to other types of posts. The comments replay for users who watch the video later to give them an experience of being present in the moment.

Seeing the success, earlier this week Facebook introduced live video in Facebook groups and events, so you have the ability to choose specific audience that exclusively belongs to the group. For live events, you can broadcast the event and let people join in who could not make to actual location.

The aim of these new launches is enabling users to connect more deeply with their friends and family.

In the next few weeks, Facebook will also introduce the discover section for mobile app, sectioned as “Live Video Destinations” on mobile. It is dedicated to streams and live video from friends, pages and topics users might take have an interest in. For Facebook.com, the section will be called “Facebook Live Map,” through which you can instantly find live streams broadcasted around the world.

2016 has showed us that virtual reality is going to be the way of future. What more can you want when you have the ability to go any place in the world at any time, while sitting in your bed with a wire and box strapped to your head.

Facebook already has released its Oculus Rift set, which is available in market for $600 and works with only high tech computers, which cost somewhere, around thousand dollars.

Apart from Facebook, HTC and Valve are also releasing their Vive headset while Sony is working on a PlayStation VR headset.

By now, we know what virtual reality is and how it works (not in technical way). Seeing the state-of-the-art technology that is being introduced every day in our lives, it should not feel novel to be able to live stream your virtual reality on the social media.

Yes, it is happening and developers are experimenting with technology that will allow virtual reality and live streaming to co-exist.

VideoStitch team launched the camera Orah 4i that will record and stream 360-degree video.

Twitch is also working on streaming games on mobile for the gamers’ community. Streaming from smart phone is a little tacky and needs multiple wires and webcam, but Twitch is focused on making this happen. “Users on Twitch can use BlueStacks to play mobile games on their desktop and then stream the footage with a click. That lets them keep the same setup that they have for their PC streaming sessions, not smartphone needed.”

Recently, Google announced that starting from May; website that is mobile friendly would be ranked higher in Google’s search engine. This means that website developers and business owners only have one month to update their websites and make them optimized for mobile use.

If a webpage is fully optimized to be accessed from a smart phone and the content can be easily read or accessed, it will automatically be placed on top of the search results.

The website should have the standard readability font, so it does not need any double tapping or zooming.

One of the major factors in Google’s algorithm to get ranked higher in the search engine is quality content. Regarding the change Google has reassured that “even if a page with high-quality content is not mobile-friendly, it could still rank well if it has great, relevant content.”