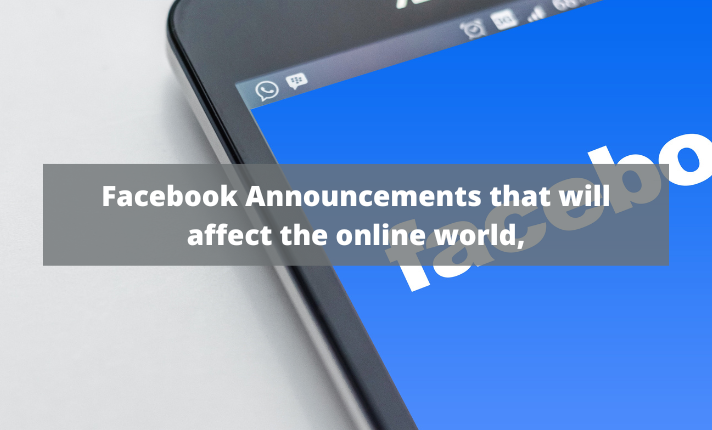 Facebook, as you know has become the king of social media, thanks to the now reaching near 2 billion number of users that include individual profiles, businesses, companies, multinational organizations and all types of professionals.

The F8 conference, 2016 was conducted last week in San Francisco on April 12 and April 13. The company announced a number of new features as the CEO, Mark Zuckerberg put down a 10 year’s road map in his hour and a half keynote speech.

Over 2500 people attended the conference while thousands watched on their devices from home as the event was live streamed on Facebook. In the years, Facebook has become a high end technology product developer rather than just a social media that facilitates the process of two-way communication.

Here are all the huge announcements made at the conference.

Seeing the success Facebook has had with live streaming, it announced that developers can now plug into Facebook live using the new API. It will allow them to create new designs for live streaming so people can interact and share in different ways.

BuzzFeed, Vidpresso, Livestream and DJI, a drone making company would be the first partners for this project.

Users have now option to introduce themselves in the form of small videos which will be supported by third part apps that include;

Last year Facebook launched an update for supporting seven second profile videos instead of a picture, but now since it is supported by third party apps, users will have option to send the videos directly to Facebook from these apps.

Any new selfie camera apps will be able to support this as well in future.

Developers can now build bots for Facebook messenger, that will bring new functions to the app, allowing businesses to communicate with customers more freely and effortlessly.

The bots will officially replace 1-800, making Facebook the perfect channel to conduct business by allowing ecommerce, customer support and media. This will let companies to send information directly to the subscribers whenever there is new information.

The chat bots will only be available for messenger while the web Facebook will have chat widgets. On messenger, the options range from automated subscription to getting updates about weather, traffic, shipping details for ecommerce to live messages that are basically automated to stay active and communicative with the customers.

Mobile phones have a big role in advancing the technology and world. By introducing account kit feature, Facebook has shown that it understands the rapid growth, which can be achieved if users are able to login to their accounts using just a phone number.

Users would not have to remember multiple passwords for apps anymore as they can login using their phone numbers and the code sent to that number.

Around 80 percent of the apps in USA use the option to ‘login with Facebook’ instead of making a new account. This saves time and app developers are able to extract information about users easily, but surveys showed that people hate passwords. This might be the reason that when phone numbers were tested the login numbers improved and Facebook formally introduced account kits.

The save button was introduced on Facebook about four years ago where users have option to save any link, status, article or anything on Facebook for later, so they can read it when they have time.

Up until this point, 250 million people had been using the feature but Facebook has found a way to increase that number. For any article, publishers can add the button to the templates and when readers tap the button, the link will be automatically saved to the Facebook queue.

Screenshots are considered one of the best ways to share text or pictures posted by someone else or somewhere else. The source of the post becomes obvious too and the process is convenient as well.

Facebook has found a more convenient way of sharing text by introducing a ‘share quote’ button. When reading and article or news story where developer has added the button, if the reader highlights a part of text, the share quote button will appear, clicking on which will result in the highlighted text posted directly to Facebook.

Readers will no longer have to copy and paste stuff that they like or find worth sharing onto Facebook.

The gorgeous new product called ‘Facebook surround 360’ has 17 cameras that capture the surroundings in the form of a 3D video and renders them automatically. The device is seamless and produces sharp images without any visible footage flaws like showing the holding pole in the captured shots. This also lessens the effort and time put in post-production and editing of the footage.

The project is open sourced and will be available on GitHub in the summers.

Virtual reality is evolving into a crucial computing platform and with the increase in sharing of text and photos on the social media; Facebook introduced a virtual reality selfie stick. The first VR selfie was taken by Oculus during the demonstration of feature.

Zuckerberg said that Facebook is working towards building “a whole new set of social experiences” so users can feel like they are right there with the other person.

Facebook’s research into artificial intelligence will pave a way for people to connect in a better way and with new abilities like language translation, image understanding that allows photos to be searched for and classified by the image context rather than tags, and classifying videos in real time.

Facebook analytics feature helps businesses understand their audience, their interests and demographics more easily. At F8 conference, Facebook introduced that new update to the analytics app will further help marketers to get insights and communicate with audience more deeply.